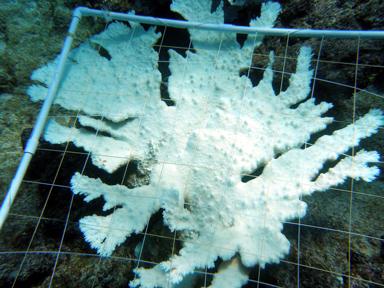 Coral reefs are naturally diverse and productive but fragile ecosystems. This productivity and diversity has allowed humans to live safely along the beach shorelines, well protected from strong ocean currents and waves, and allowed them to harvest fish and marine products. Despite the benefits that coral reefs provide to humans, in the past 25 years, human activities have caused so much damage to coral reefs that in many places, the fragile ecosystem has been destroyed altogether.

For the last 25 years, fisherfolks in the Philippines and throughout the world catch fish by using destructive methods. These caused the destruction of coral reefs as well as impairing the ability of coral reefs to produce fish and marinelife in the future. The most common destructive fishing methods include the use of poisons and explosives.

Poison fishing is the use of chemical or plant substance sprayed into the water to kill fish or marinelife, or make them temporarily unconscious. Poison fishing is destructive because every time a poisonous substance is sprayed into the water, various forms of marinelife in the nearby area, including all the corals, are destroyed. Depending on the type and strength of the substance, using poisonous substances while fishing can damage up to a 5 meter diameter area of coral reef.The most common type of poison used in poison fishing is called sodium cyanide. In the Philippines, and in other places like Indonesia and the islands of Micronesia, sodium cyanide is used to catch aquarium fish and live fish by making them temporarily unconscious. Such fish are caught in remote provinces, shipped to holding centers in large cities, like Manila, and then exported to international markets in Hong Kong and the United States. Sodium cyanide fishing causes the destruction of thousands of hectares of coral reefs every year. 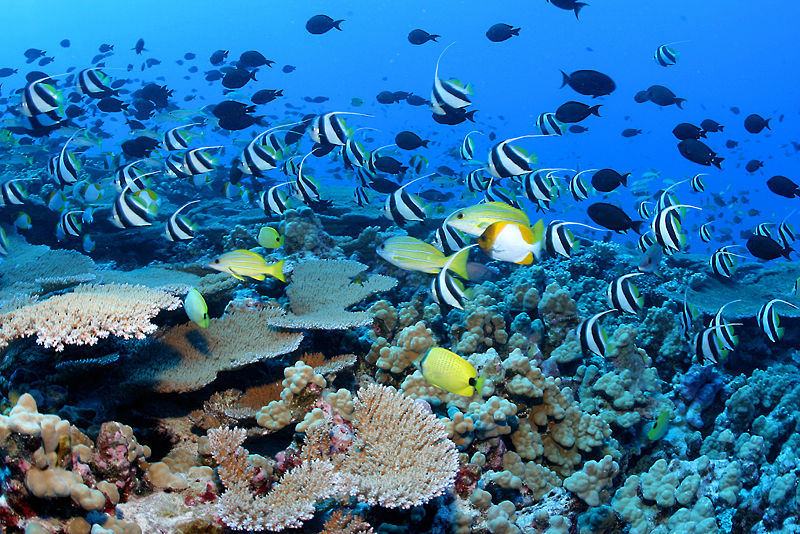 A school of Pennant coralfish, Pyramid and Millet butterflyfishes, and others at the Rapture Reef, French Frigate Shoals; Wikipedia: Coral Reef

What Can We Do To Protect Coral Reefs?

Talking about coral bleaching naturally raises the question — can anything be done to prevent bleaching or to help corals recover? NOAA (in partnership with the Great Barrier Reef Marine Park Authority, the World Conservation Union, The Nature Conservancy, and others) has developed some guidelines to help marine park managers protect their corals from the long-term effects of coral bleaching. There are some mitigation measures that might help:

In addition, there are some areas that may be naturally protected from the conditions that cause bleaching or where corals have adapted to the stressful conditions. It is especially critical to identify and protect these areas.